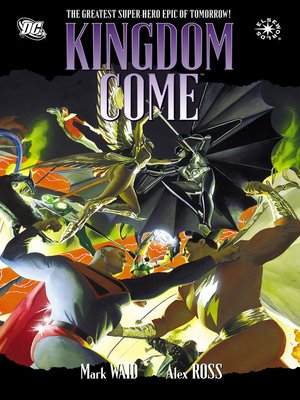 The unforgettable, best-selling miniseries by acclaimed writer Mark Waid and superstar painter Alex Ross returns, with a sketchbook section, annotations on the series, rare art and more! Set just after the dawn of the 21st century in a world spinning inexorably out of control comes this grim tale of youth versus experience, tradition versus change and what defines a hero. KINGDOM COME is a riveting story pitting the old guard—Superman, Batman, Wonder Woman and their peers—against a new, uncompromising generation and ultimately in the final war against each other to determine nothing less than the future of the planet.