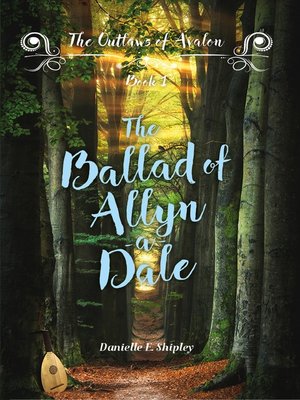 The Ballad of Allyn-a-Dale (Outlaws of Avalon, Book One)

Juvenile FictionJuvenile Literature
Welcome to Avalon, a Renaissance Faire where heroes of legend never die. Where the Robin Hood walking the streets is truly the noble outlaw himself. Where the knightly and wizardly players of King Arthur's court are in fact who they profess to be. Where the sense of enchantment in the air is not mere feeling, but the Fey magic of a paradise hidden in plain sight.Enter Allyn-a-Dale. The grief of his father's death still fresh and the doom of his own world looming, swirling realities leave the young minstrel marooned in an immortal Sherwood Forest, where he is recruited as a member of Robin Hood's infamous outlaw band. But Allyn's new life may reach its end before it's scarcely begun. Their existence under threat, the Merry Men are called upon to embark on a journey to the dangerous world Outside – ours – on a quest which must be achieved without delay, or eternity in Avalon will not amount to very long at all.
Juvenile FictionJuvenile Literature

Danielle E. Shipley is the author of the Wilderhark Tales novellas, the novel Inspired, and several other expressions of wishful thinking. She has spent most of her life in the Chicago area and increasing amounts of time in Germany. She hopes to u...

More about Danielle E. Shipley
The Ballad of Allyn-a-Dale (Outlaws of Avalon, Book One)
Copy and paste the code into your website.
New here? Learn how to read digital books for free