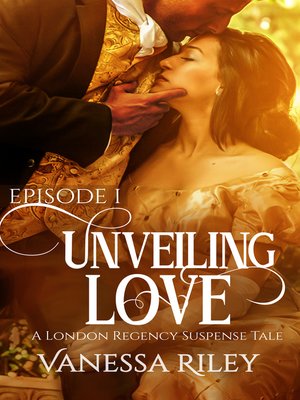 FictionRomanceHistorical Fiction
Winning in the courts, vanquishing England's foes on the battlefield, Barrington Norton has used these winner-take-all rules to script his life, but is London's most distinguished mulatto barrister prepared to win the ultimate fight, restoring his wife's love?Amora Norton is running out of time. The shadows in her Egyptian mind, which threaten her sanity and alienate Barrington's love, have returned. How many others will die if she can't piece together her shattered memories? Can she trust that Barrington's new found care is about saving their marriage rather than winning the trial of the century?This is the first Regency Romance of four.Dear Lovely Reader,Unveiling Love is a serialized historical romance or soap opera told in episodes. Each episode averages three to eight chapters, about 18,000 to 30,000 words. Each episode resolves one issue. Emotional cliffhangers may be offered, but the plot, the action of the episode, will be complete in resolving this issue.My promise to you is that the action will be compelling, the romance passionate, and the journey like nothing you've read before. I will tell you in the forward the length. This episode, Episode I, is eight chapters long, 28,000 words. Enjoy this Regency Romance.Vanessa Riley
FictionRomanceHistorical Fiction

Even as she pursued engineering degrees, Vanessa Riley's love of 19th century history yielded a hunger to take as many Western Civilization credits as possible (two classes shy of a minor). Vanessa adores Regency times with its conflicts between C...

More about Vanessa Riley
Unveiling Love
Copy and paste the code into your website.
New here? Learn how to read digital books for free