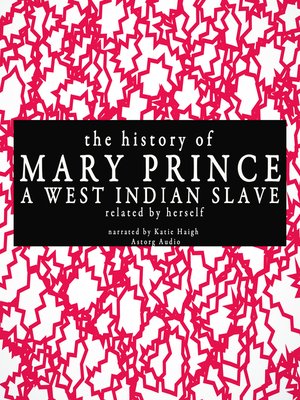 The History of Mary Prince, a West Indian Slave

This is the story of Mary Prince, who was sold into slavery at the age of 12 for £38 sterling. It is the first account of the life of a black woman ever to be published in the United Kingdom, and it was published at a time when slavery was still legal in the British Colonies. The history of Mary Prince is firsthand testimony of the brutalities of enslavement. Its tone is direct and authentic, which makes this vivid story go straight to the heart. This book immediateley sparked public controversy and eventually played a crucial role in the abolition campaign. "It was night when I reached my new home. The house was large, and built at the bottom of a very high hill; but I could not see much of it that night. I saw too much of it afterwards. The stones and the timber were the best things in it; they were not so hard as the hearts of the owners."

The History of Mary Prince, a West Indian Slave
Copy and paste the code into your website.
New here? Learn how to read digital books for free