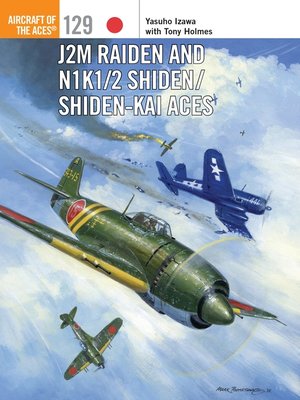 Although seen as a replacement for the A6M Zero-sen carrier-based fighter, the Mitsubishi J2M Raiden was actually designed as a land-based naval interceptor optimised for speed rather than manoeuvrability. Engine cooling problems for its Mitsubishi Kasai 23 engine, airflow and flight control issues plagued the Raiden's development, but despite these production delays, aces Sadaaki Akamatsu Yoshihiro Aoki, Susumu Ito and Susumu Ishihara all claimed significant scores in the Raiden. Kawanishi's N1K family of fighters were privately developed by the manufacturer from the N1K Kyofu floatplane fighter. Again plagued by structural and engine maladies, the N1K1-J Shiden eventually entered frontline service in time to see considerable action in the doomed defence of the Philippines in October 1944. Despite suffering heavy losses, the units equipped with new fighter proved that the N1K could more than hold its own against P-38s and F6Fs. The improved N1K2-J Shiden-KAI started to reach the frontline by late 1944 – in time for defence of the Home Islands. Here, it proved to be the best IJN fighter of the war.