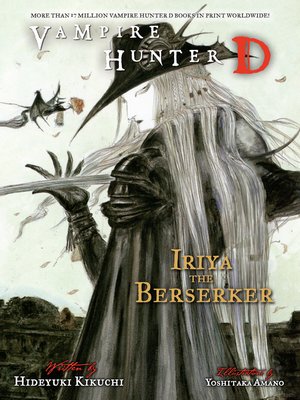 View more libraries...
She might just look like an ordinary-if beautiful-young woman, but Iriya is anything but ordinary! A ruthless warrior clad in red armor, Iriya is a Hunter determined to exterminate the vampires that were once her parents and siblings. Now, half-vampire, half-human D has to decide to offer his assistance, get out of the way, or have a dangerous battle on his hands!
This latest volume features six new illustrations by Final Fantasy designer Yoshitaka Amano and an unforgettable matchup between the coolest vampire hunter and the hottest berserker woman on the Frontier!