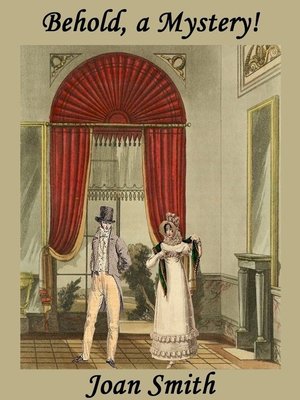 Jessica Greenwood lived with her Aunt Hettie for ten years, and each year the four nephews visited for New Years. But Aunt Hettie is murdered, and her will stated that if Jessica married one of the nephews, she would inherit the estate. But Gregory was rakish, Horatio was awkward, Felix was scholarly and Otto, well, Otto didn't want her. And which one of them was the murderer? Regency Romantic Suspense by Joan Smith; originally published by Fawcett Crest

Behold, a Mystery!
Copy and paste the code into your website.
New here? Learn how to read digital books for free