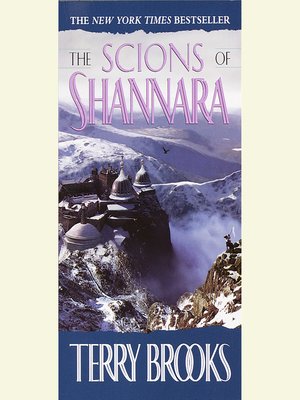 The Scions of Shannara

The Heritage of Shannara

FantasyFictionScience FictionThriller
NEW YORK TIMES BESTSELLER
Since the death of the Druid Allanon, the Four Lands have changed profoundly, with magic strictly forbidden in the Southland, now under totalitarian rule. Yet Par still has some power of the Wishsong. When he accidently brings a mythic horror to life, a man calling himself Cogline drives it away. Cogline brings a message from Allanon: venture to the dread Hadeshorn, along with the other Scions of Shannara. For in the future, all life in the Four Lands will be destroyed. To prevent this terrible fate, Allanon commands Par to recover the long-lost Sword of Shannara, a task that is next to impossible.
Thus continues the enthralling Shannara epic, a spellbinding tale of adventure, magic, and myth. . . .
FantasyFictionScience FictionThriller

More about Terry Brooks
The Scions of Shannara
Copy and paste the code into your website.
New here? Learn how to read digital books for free