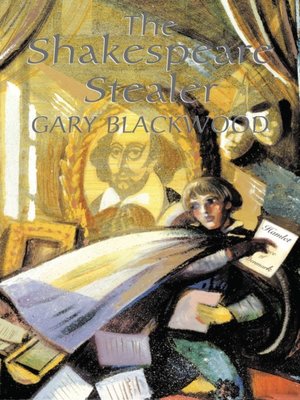 Life has always been bleak for Widge. An orphan since birth, he has been apprenticed to men of doubtful reputation. Now, at the age of 14, he belongs to a cruel, unfeeling cutthroat named Falconer. Since the possibility of running away is too fraught with peril, he has no choice but to do as he's told. Ordered to steal William Shakespeare's play Hamlet, Widge works his way into the Globe Theater where Shakespeare and his troupe are performing. When they take him in and treat him as one of their own, he faces a growing dilemma. If he doesn't steal the play, Falconer will kill him. If he does steal it, he will have to betray the only friends he has ever known. Colorful characters and surprising plot twists take readers into the alleyways of a London that was the hub of the universe. Narrator Ron Keith keeps the entertainment level so high that listeners won't want this exciting history lesson to end.

Shakespeare Stealer
Copy and paste the code into your website.
New here? Learn how to read digital books for free