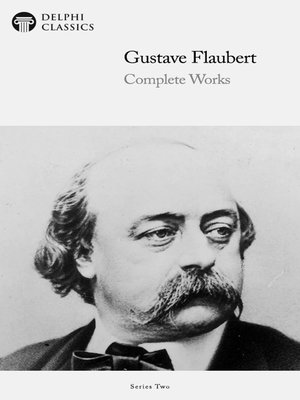 Noted for his scrupulous devotion to style and aesthetics, Gustave Flaubert was a highly influential figure of nineteenth century literature, widely considered the leading exponent of French literary realism. His debut novel 'Madame Bovary' (1857) caused a scandal, as public prosecutors attacked the novel for obscenity. The resulting trial made the story notorious and after Flaubert's acquittal, it became an instant bestseller. Today, it is regarded as a seminal work of literary realism and one of the most influential literary works of the time. This comprehensive eBook offers the most complete collection ever compiled of Flaubert's fictional works in English translation, with numerous illustrations, concise introductions and the usual Delphi bonus material. (Version 2)

* Beautifully illustrated with images relating to Flaubert's life and works
* Concise introductions to the novels and other texts
* All the novels, with individual contents tables
* Includes Timothy Unwin's 2001 translation of Flaubert's first novel, 'Memoirs of a Madman', produced for the University of Liverpool (appearing here by special permission)
* Images of how the books were first published, giving your eReader a taste of the original texts
* Excellent formatting of the texts
* Rare short stories and plays, available in no other collection
* Easily locate the poems or short stories you want to read
* Includes a selection of Flaubert's non-fiction – available in no other collection
* Flaubert's letters to George Sand – explore the author's personal correspondence
* Special criticism section, with several essays evaluating Flaubert's contribution to literature, including Guy de Maupassant's seminal study of his mentor
* Features two biographies – discover Flaubert's literary life
* Ordering of texts into chronological order and genres

The Dramatic Narrative
The Temptation of Saint Anthony (1874)