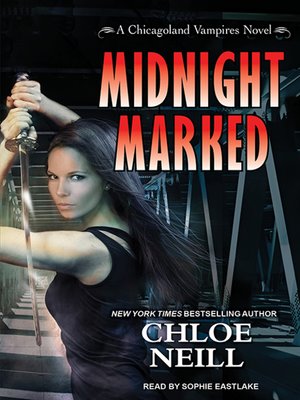 FantasyFictionLiteratureRomance
Merit is one of Chicago's most skilled vampire warriors; these days, she doesn't scare easily. But she and Master vampire Ethan have made a new and powerful enemy, and he won't give up until he owns the Windy City. With his last plan thwarted, he's more determined than ever to watch Cadogan burn. Ethan has put the House's vampires on high alert, but their enemy will stop at nothing, including pitting supernatural against supernatural. In this deadly game of cat-and-mouse, the stakes are life or death-and winning might mean sacrificing everything.
FantasyFictionLiteratureRomance

More about Chloe Neill
Midnight Marked
Copy and paste the code into your website.
New here? Learn how to read digital books for free