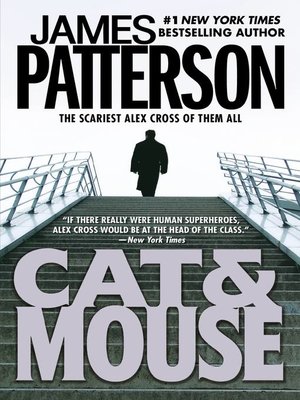 Alex Cross is back in a novel with a cast of characters more sinister and deadlier than ever. Gary Soneji, a dying prison escapee, is looking for revenge on Cross, while another insane killer is pursued by Thomas Augustine Pierce--a brilliant and relentless detective who may even be better than Cross. As the bodies pile up, and Cross is nearly murdered in his own home, the game of cat and mouse leads to one final trap, and it's anyone's guess who will survive.

More about James Patterson
Cat & Mouse
Copy and paste the code into your website.
New here? Learn how to read digital books for free