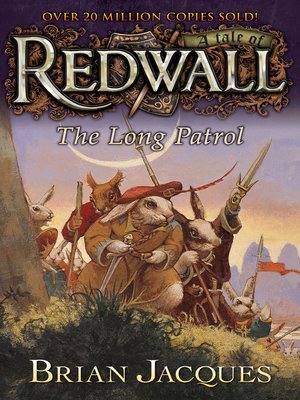 FantasyJuvenile FictionJuvenile Literature
Barradum! Barradum! Barrabubbitybubbityboom! Tamello De Fformelo Tussock wants more than anything to join the Long Patrol, those staunch and stalwart hare warriors who make their home at the top of Salamandastron Mountain. But Tammo, as he is called, is too young and inexperienced. Or is he? Guided by the nomad squirrel Russa, Tammo makes his way to Redwall, where the Long Patrol has gathered to protect their beloved Abbey from the great rat Rapscallions. And as the mighty rats rear their ugly heads and ancient Redwall warriors fall, young Tammo learns what life, death and honor really mean as a new generation of Redwall heroes comes to the fore to save their home from evil.
FantasyJuvenile FictionJuvenile Literature

The Long Patrol
Copy and paste the code into your website.
New here? Learn how to read digital books for free