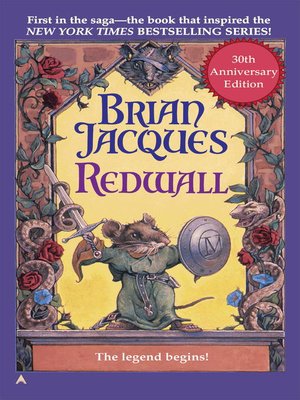 FantasyJuvenile FictionJuvenile Literature
The question in this first volume is resoundingly clear: What can the peace-loving mice of Redwall Abbey do to defend themselves against Cluny the Scourge and his battle-seasoned army of rats? If only they had the sword of Martin the Warrior, they might have a chance. But the legendary weapon has long been forgotten-except, that is, by the bumbling young apprentice Matthias, who becomes the unlikeliest of heroes. Teeming with riddles, humor, unforgettable characters, and high-bounding adventure, the original Redwall, the launching point for a series that has captured the world's attention, features seven full-color illustrations by renowned illustrator Troy Howell. This new paperback edition is a must-have for both longtime fans and first-time readers.
FantasyJuvenile FictionJuvenile Literature

Redwall
Copy and paste the code into your website.
New here? Learn how to read digital books for free