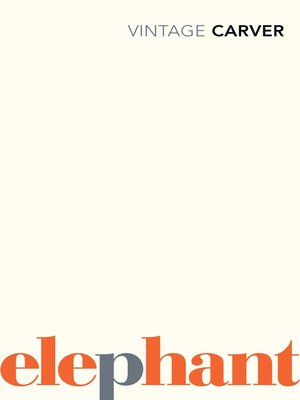 FictionLiteratureShort Stories
These seven stories were the last that Carver wrote. Among them is one of his longest, 'Errand', in which he imagines the death of Chekhov, a writer Carver hugely admired and to whose work his own was often compared. This fine story suggests that the greatest of modern short-story writers may, in the year before his untimely death, have been flexing his muscles for a longer work.
FictionLiteratureShort Stories

Raymond Carver was born in Clatskanie, Oregon, in 1938. His father was a saw-mill worker and his mother was a waitress and clerk. He married early and for years writing had to come second to earning a living for his young family. Despite, small-pr...

More about Raymond Carver
Elephant
Copy and paste the code into your website.
New here? Learn how to read digital books for free