A Kid's Guide to Latino History 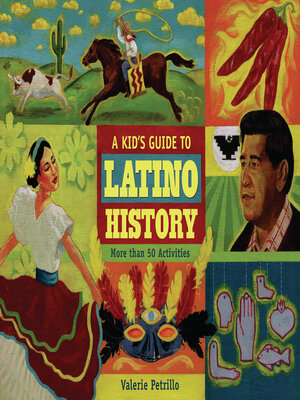 A Kid's Guide to Latino History features more than 50 hands-on activities, games, and crafts that explore the diversity of Latino culture and teach children about the people, experiences, and events that have shaped Hispanic American history.

Did you know that the first immigrants to live in America were not the English settlers in Jamestown or the Pilgrims in Plymouth, but the Spanish? They built the first permanent American settlement in St. Augustine, Florida, in 1565. The long and colorful history of Latinos in America comes alive through learning about the missions and early settlements in Florida, New Mexico, Arizona, and California; exploring the Santa Fe Trail; discovering how the Mexican-American War resulted in the Southwest becoming part of the United States; and seeing how recent immigrants from Central and South America bring their heritage to cities like New York and Chicago.