ebook ∣ The biography that inspired the critically-acclaimed film 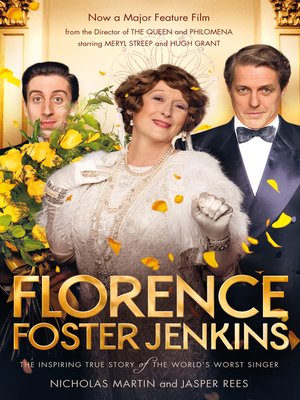 This is the true story of Florence Foster Jenkins—now the basis of a major motion picture starring Academy Award-winning actress Meryl Streep!
She was a woman with a dream. Nobody believed in her talent. But nothing could stop her. . .
She had no pitch, no rhythm, and no tone. Still, Florence Foster Jenkins (Streep) became one of America's best-known sopranos. Born in 1868, Florence was a talented young pianist whose wealthy father refused to let her continue her musical studies in Europe. In retaliation, Florence eloped with Dr. Frank Jenkins, a man twice her age, and moved to New York. But when her father died and left her a large sum of money, Florence finally had a chance to pursue her one true passion: Singing. But first she would have to learn how to become a great singer.
Years of lessons and a chance meeting with St. Clair Bayfield (Hugh Grant), who would become her manager and common-law husband, would help launch Florence's career and entry into New York's prestigious classical musical societies, culminating in her giving a recital, at the age of seventy-six, at Carnegie Hall. This is story of a woman who was not afraid to recreate herself into the person she wished to become—and achieve her own version of the American Dream.