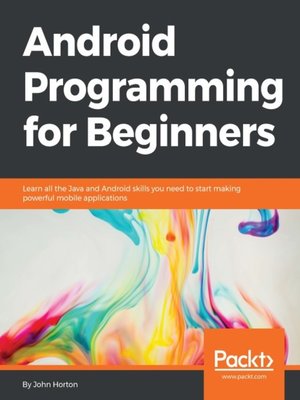 John Horton is a coding and gaming enthusiast based in the UK. He has a passion for writing apps, games, books, and blog articles about coding, especially for beginners.He is the founder of Game Code School, gamecodeschool.com, which is dedicated ...

More about John Horton
Android Programming for Beginners
Copy and paste the code into your website.
New here? Learn how to read digital books for free