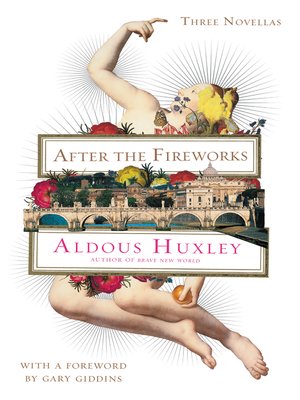 "After the Fireworks is a major work and a turning point for Huxley, leading directly to Brave New World." —Gary Giddins

After the Fireworks is a collection of three lost classic pieces of short fiction by Aldous Huxley, author of Brave New World, with a foreword by National Book Critics Circle Award winner Gary Giddins - now available as an Olive Edition.

In the title novella, Rome is the stunning backdrop for a renowned novelist's dangerous affair. "Uncle Spencer" is the "exquisite" (New Statesman) tale of an aging World War I veteran's quest for the lost love he met in a prison during the war, and "Two or Three Graces," "probably the thing nearest perfection of all that [Huxley] has done" (New Statesman), recounts a destructive writer's abusive relationship with an impressionable housewife. Now brought back in print for the first time in seventy-five years, the novellas newly collected in After the Fireworks reveal Aldous Huxley at the height of his powers.