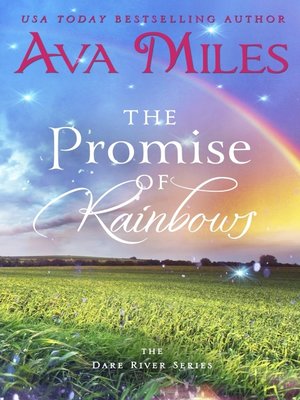 The Promise of Rainbows

Over one million readers have fallen in love with Ava's bestselling Dare Valley and Dare River series...come join the family.

Jake Lassiter was a bona fide hero in the military before a tragedy in war changed his life forever. Now he's a rising country music star, intent on healing the world and himself through his music. But his past still haunts him...

When Jake hires girl-next-door interior decorator Susannah McGuiness, he sees a kindred spirit and a woman who pulls at his soul. The first sparks of hope fire in him, the kind that can heal all the wounds he still carries inside. For a man resigned to never having a happily ever after, Susannah sure has him dreaming about one.

Susannah has always believed in the promise of rainbows, even when times are tough. She's known some hard times herself and connects with Jake on a level she's never known. In this hero, she doesn't see a broken man, but one who's risen again and again to life's challenges. But Jake must heal his secret wounds to claim the love of his dreams.

USA Today bestselling author Ava Miles joined the ranks of beloved storytellers after receiving Nora Roberts' blessing for her use of Ms. Roberts' name in her debut novel, the #1 National Bestseller Nora Roberts Land. A mere six months after her d...

More about Ava Miles
The Promise of Rainbows
Copy and paste the code into your website.
New here? Learn how to read digital books for free