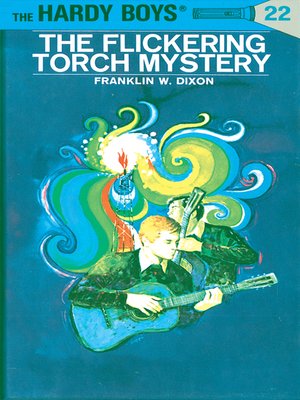 Juvenile FictionMystery
Two unexplainable plane crashes near an airport on the East Coast plunge Frank and Joe Hardy into a bizarre case. From the moment Frank and Joe find a radioactive engine in an airplane junkyard, unexpected dangers strike like lightning. Despite the repeated attempts on their lives, the teenage detectives pursue their investigation, discovering two vital clues and others that provide the solution to one of the most baffling mysteries the boys and Mr. Hardy have ever encountered.
From the Hardcover edition.
Juvenile FictionMystery

The Flickering Torch Mystery
Copy and paste the code into your website.
New here? Learn how to read digital books for free