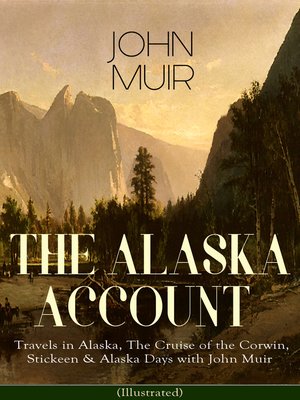 Travels in Alaska, The Cruise of the Corwin, Stickeen & Alaska Days with John Muir (Illustrated): Adventure Memoirs and Wilderness Essays from the author of The Yosemite, Our National Parks, The Mountains of California, A Thousand-mile Walk to the Gu

Biography & AutobiographyTravelNonfiction
This carefully crafted ebook: "THE ALASKA ACCOUNT of John Muir: Travels in Alaska, The Cruise of the Corwin, Stickeen & Alaska Days with John Muir (Illustrated)" is formatted for your eReader with a functional and detailed table of contents. Well known naturalist and environmentalist, John Muir made four trips to Alaska as far as Unalaska, Alaska and Barrow, Alaska. He first traveled to Alaska in 1879 and was the first Euro-American to explore Glacier Bay. Muir Glacier was later named after him. He returned for further explorations in Southeast Alaska in 1880, and in 1881 was with the party that landed on Wrangel Island on the USS Corwin and claimed that island for the United States. He documented this experience in journal entries and newspaper articles—later compiled and edited into his book The Cruise of the Corwin. Travels in Alaska and Stickeen are also Muir's books about his doings and adventures in Alaska. Table of Contents: Travels in Alaska The Cruise of the Corwin Stickeen: The Story of a Dog Alaska Days with John Muir by Samuel Hall Young John Muir (1838-1914) was a Scottish-American naturalist, author, environmental philosopher and early advocate of preservation of wilderness in the United States. His letters, essays, and books telling of his adventures in nature, especially in the Sierra Nevada mountains of California, have been read by millions. His activism helped to preserve the Yosemite Valley, Sequoia National Park and other wilderness areas. The Sierra Club, which he founded, is a prominent American conservation organization.
Biography & AutobiographyTravelNonfiction

THE ALASKA ACCOUNT of John Muir
Copy and paste the code into your website.
New here? Learn how to read digital books for free