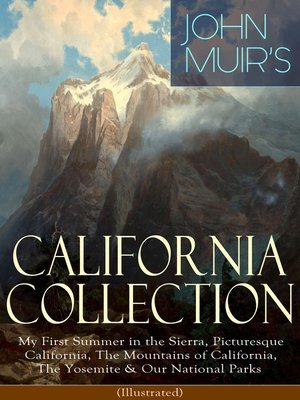 Biography & AutobiographyTravelNonfiction
This carefully crafted ebook: "JOHN MUIR'S CALIFORNIA COLLECTION: My First Summer in the Sierra, Picturesque California, The Mountains of California, The Yosemite & Our National Parks (Illustrated)" is formatted for your eReader with a functional and detailed table of contents. When the well-known naturalist and environmentalist, John Muir finally settled in San Francisco, he immediately left for a week-long visit to Yosemite, a place he had only read about. Seeing it for the first time, Muir noted that "He was overwhelmed by the landscape, scrambling down steep cliff faces to get a closer look at the waterfalls, whooping and howling at the vistas, jumping tirelessly from flower to flower." He climbed a number of mountains, including Cathedral Peak and Mount Dana, and hiked the old Indian trail down Bloody Canyon to Mono Lake. He lived in the cabin for two years and wrote about this period in his book First Summer in the Sierra. Muir wrote few more books about his days in California and also a few about California's nature and wild life including The Mountains of California, Our National Parks, The Yosemite and Picturesque California. Table of Contents: My First Summer in the Sierra Picturesque California The Mountains of California Our National Parks The Yosemite John Muir (1838-1914) was a Scottish-American naturalist, author, environmental philosopher and early advocate of preservation of wilderness in the United States. His letters, essays, and books telling of his adventures in nature, especially in the Sierra Nevada mountains of California, have been read by millions. His activism helped to preserve the Yosemite Valley, Sequoia National Park and other wilderness areas. The Sierra Club, which he founded, is a prominent American conservation organization.
Biography & AutobiographyTravelNonfiction

JOHN MUIR'S CALIFORNIA COLLECTION
Copy and paste the code into your website.
New here? Learn how to read digital books for free