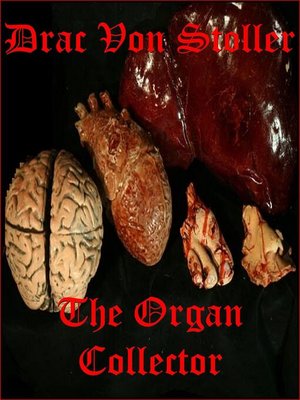 Luther Gray was what you'd call an odd ball because of his fascination with the dead. Luther always wanted to be a doctor, but never got the opportunity because his father wanted him to inherit the family business and carry on the tradition like he did for his father when the business was passed on to him after his father died. Education was never stressed in his family and if Luther made bad grades at school his father could care less so with no one to encourage Luther to excel at school he just dropped out in the eighth grade and helped his father with odd jobs at the funeral home.
As Luther got older his brain never developed beyond his eighth grade education which caused him to be shy and reserved with no friends outside the funeral home. He was very proud of his work at his father's funeral home, but he soon became bored with just draining dead people's blood from their bodies on the cold slab. One day when his father had to go into town and run some errands, this gave Luther a great opportunity to act out his fantasy. Luther said to himself while he was wiping the dripping blood from the shiny blade he used a thousand times on the dead on the cold slab, "I'll just remove one organ and my father will never know." Luther removed the intestines to make himself a belt to hold up his baggy pants.