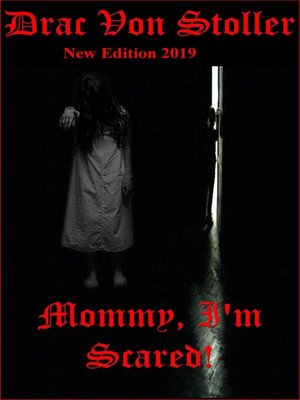 Carol Anne would always fear the night because she knew when she laid her head down on her pillow her nightmares would suffocate her as she squeezed her doll with all her might as though it would be her last. Every night just shortly after midnight she would scream out for her mommy, but the screams would soon go unnoticed because when her mother would come in and check on her she would find no reason to believe her daughters fear. To make matters worse she had no bedroom door so anything she saw at her door would only ignite the situation.
Every morning when she sat with her mother at the kitchen table for breakfast reliving the experience of her nightmares over and over in hopes her mother would believe what she is telling her is not a dream. Finally, her mother said "If you don't stop this nonsense you are going to get the spanking of your life." Carol just looked in her mother's cold dark eyes as tears flowed down her cheeks saying "Mommy, don't worry when morning comes I won't be sitting at the breakfast table pleading with you to believe what I say is true."
Again night came and Carol Anne climbed into her bed knowing this would probably be the last time she screamed and held her dolly in her arms for comfort.