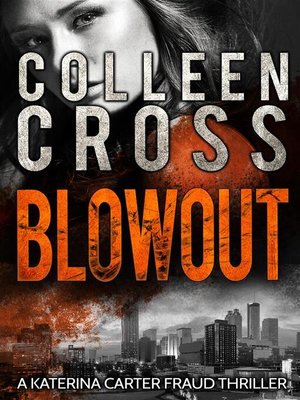 On fraud investigator Katerina Carter's trip to a remote island aboard a luxurious yacht, she suspects the boat's slick and charming owner is hiding a dark secret.Kat tries to warn her friends that something is very wrong with their host and that his moneymaking scheme smells fishy.

Why is she the only one who thinks he's not being completely honest?

While exploring the island, Kat and her friends research the rumors of a sinister cult, the Aquarian Foundation, and search for buried treasure. The cult swindled people out of their money and now the same situation is starting to eerily echo their present circumstances. That is if Kat can prove to the others that if something sounds too good to be true, it usually is. . .

When Kat's warnings fall on deaf ears, she uncovers a horrifying truth that will place those closest to her in mortal danger. Now it's a race against the clock for Kat to expose a killer before he strikes again.