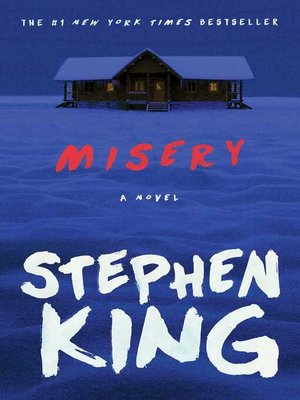 View more libraries...
The #1 New York Times bestseller about a famous novelist held hostage in a remote location by his "number one fan." One of "Stephen King's best...genuinely scary" (USA TODAY).
Bestselling novelist Paul Sheldon thinks he's finally free of Misery Chastain. In a controversial career move, he's just killed off the popular protagonist of his beloved romance series in favor of expanding his creative horizons. But such change doesn't come without consequences. After a near-fatal car accident in rural Colorado leaves his body broken, Paul finds himself at the mercy of the terrifying rescuer who's nursing him back to health—his self-proclaimed number one fan, Annie Wilkes. Annie is very upset over what Paul did to Misery, and demands that he find a way to bring her back by writing a new novel—his best yet, and one that's all for her. After all, Paul has all the time in the world to do so as a prisoner in her isolated house...and Annie has some very persuasive and violent methods to get what she wants...