The Man from Muscle Shoals

audiobook (Unabridged) ∣ My Journey from Shame to Fame 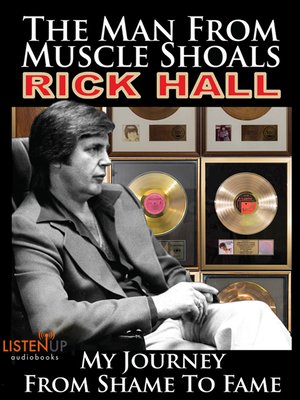 This is the story of legendary record producer Rick Hall and his historic role in the development of the world-famous "Muscle Shoals Sound." FAME Studios founder Hall produced chart-topping hits from soul music to pop to country, for iconic stars like Aretha Franklin, Wilson Pickett, Etta James, and more. Now he tells his own story. The Man From Muscle Shoals: My Journey from Shame to Fame chronicles Hall's life, starting with his poor upbringing in Franklin County, Alabama and leading to the legendary FAME Studios in Muscle Shoals, Alabama. In 1971, Hall was named Billboard's Producer of the Year. Rick went on to earn international fame and in 2014, he received a Grammy for Lifetime Achievement. The very popular 2013 documentary film, Muscle Shoals, profiled Hall's life and his career.