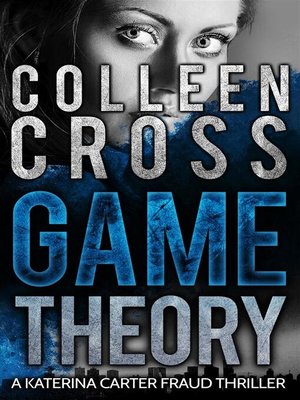 Someone is siphoning funds from billionaire Zachary Barron's currency hedge fund. Intent on prosecuting the thief to the fullest extent of the law, he hires Katerina "Kat" Carter, the best forensic accountant in the business, to follow the money trail. Both are shocked when it leads to Zachary's father, Nathan.

And he's just the tip of the iceberg.

Nathan belongs to a shadowy organization with global ties and unimaginable resources. They already control the banking industry and the media, but their ultimate goal – the collapse of the global currency market and a new world order – will soon be within reach.

Kat may be all that stands in their way. But for how long?

The organization learns of her involvement and sends a warning. She knows it will be her last – others who have tried to foil their agenda have met with violent deaths.

If Kat walks away and keeps her mouth shut, she'll look over her shoulder for the rest of her life in a world she'll scarcely recognize. Ignoring the threat makes her and everyone she cares about a target... or a potential traitor.

And there's no hedging on this bet. It's all or nothing.

"A riveting legal and financial mystery thriller in the vein of Michael Connolly and John Grisham..."