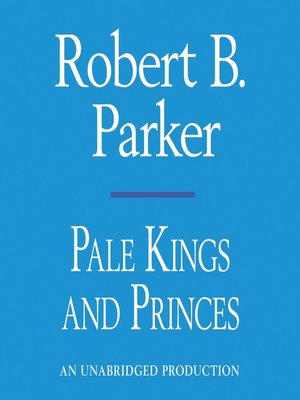 FictionMystery
"Ebullient entertainment."—Time
A hotshot reporter is dead. He'd gone to take a look-see at "Miami North"—little Wheaton, Massachusetts—the biggest cocaine distribution center above the Mason-Dixon line.
Did the kid die for getting too close to the truth . . . or to a sweet lady with a jealous husband?
Spenser will stop at nothing to find out.
Praise for Robert B. Parker's Spenser novels
"Like Philip Marlowe, Spenser is a man of honor in a dishonorable world. When he says he will do something, it is done. The dialogues zings, and there is plenty of action . . . but it is the moral element that sets them above most detective fiction."—Newsweek
"Crackling dialogue, plenty of action and expert writing . . . Unexpectedly literate—[Spenser is] in many respects the very exemplar of the species."—The New York Times

"Parker has a recorder's ear for dialogue, an agile wit . . . and, strangely enough, a soupçon of compassion hidden under that sardonic, flip exterior."—Los Angeles Times

"A deft storyteller, a master of pace."—The Philadelphia Inquirer

"Spenser probably had more to do with changing the private eye from a coffin-chaser to a full-bodied human being than any other detective hero."—The Chicago Sun-Times

Robert B. Parker was the author of seventy books, including the legendary Spenser detective series, novels featuring Chief Jesse Stone, and the acclaimed Virgil Cole/Everett Hitch westerns, as well as the Sunny Randall novels. Winner of the Myster...

More about Robert B. Parker
Pale Kings and Princes
Copy and paste the code into your website.
New here? Learn how to read digital books for free