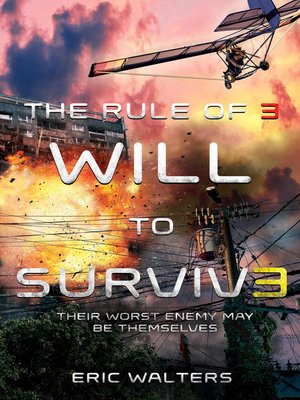 The Rule of Three

View more libraries...
The explosive ending to the Rule of Three trilogy!
After the shocking personal attack on Herb and Adam, the citizens of the fortified neighborhood of Eden Mills are realizing their worst fears: while the power remains off, desperation will grow, leading to more violence. And now it's personal. The rogue militaristic group they had hoped to have vanquished is not only back, but has a new leader, one who is seeking revenge on the neighborhood—especially on Adam. In preparation for an attack they know is coming, the committee members make new alliances and grow in strength, but Adam knows it's up to him to dig down deep within himself, to think like the enemy—to become the enemy—in order to save his family, his neighborhood, and himself.

The Rule of Three