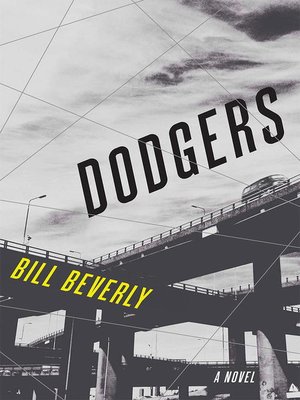 View more libraries...
Dodgers is a dark, unforgettable coming-of-age journey that recalls the very best of Richard Price, Denis Johnson, and J.D. Salinger.
It is the story of a young LA gang member named East, who is sent by his uncle along with some other teenage boys—including East's hothead younger brother—to kill a key witness hiding out in Wisconsin. The journey takes East out of a city he's never left and into an America that is entirely alien to him, ultimately forcing him to grapple with his place in the world and decide what kind of man he wants to become.

Written in stark and unforgettable prose and featuring an array of surprising and memorable characters rendered with empathy and wit, Dodgers heralds the arrival of a major new voice in American fiction.
Winner of the LA TIMES Book Prize of 2017 for Best Mystery/Thriller
Winner of the CWA Goldsboro Gold Dagger 2016 for Best Crime Novel of the Year
Winner of the CWA John Creasey New Blood Dagger 2016 for Best Debut Crime Novel
Winner of the Mark Twain American Voice in Literature Award
Finalist for the PEN/Heminghway Award 2017 for Debut Fiction
Longlisted for Andrew Carnegie Medal 2017 for Excellence in Fiction
Nominated for the Edgar Award 2017 for Best First Novel