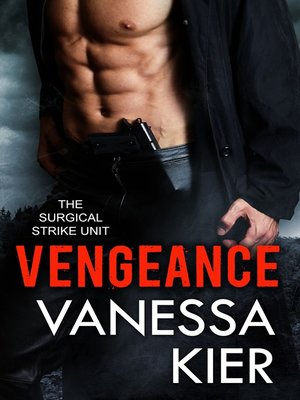 View more libraries...
Scarred by a tragic past, one woman will do anything to exact vengeance...
Left for dead after assassins killed her parents, Jenna Paterson believes she survived for one reason only. Vengeance. She vows revenge on the men behind the attack, including her once beloved older brother, Kai. But Kai has disappeared with a microchip containing data on a top-secret government research program.
Ten years ago, undercover agent Niko Andros sent a vicious Mexican crime lord to prison. Now the man has been released and he's kidnapped Niko's aunt. The price for his aunt's freedom is Kai and the microchip. Niko will do anything to save his aunt―including using Jenna as bait.
As Niko dives back into the deadly criminal underground he'd barely escaped, Jenna discovers she's not as tough as she thinks. Teamed up to find her brother, Niko and Jenna fight to survive in a dangerous world of lies, betrayal, and hidden agendas. Only love can save them...if they'll let it.