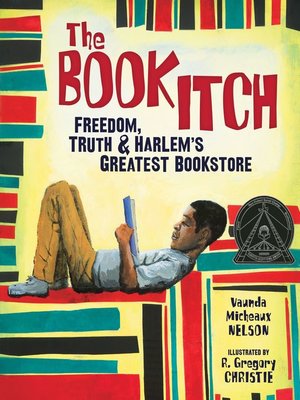 In the 1930s, Lewis's dad, Lewis Michaux Sr., had an itch he needed to scratch—a book itch. How to scratch it? He started a bookstore in Harlem and named it the National Memorial African Bookstore.

Vaunda Micheaux Nelson is the author of The Book Itch, as well as three Coretta Scott King Award-winning books: No Crystal Stair, Bad News for Outlaws, and Almost to Freedom. She is a former youth services librarian in New Mexico. Visit her online...

More about Vaunda Micheaux Nelson
The Book Itch
Copy and paste the code into your website.
New here? Learn how to read digital books for free