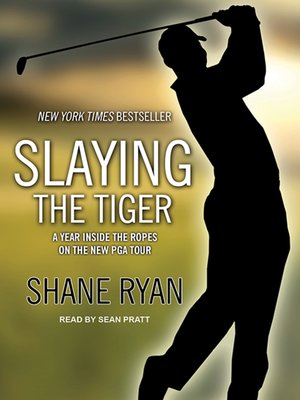 A Year Inside the Ropes on the New PGA Tour

Sports & RecreationsNonfiction
For more than a decade, golf was dominated by one galvanizing figure: Eldrick "Tiger" Woods. But as his star has fallen, a new, ambitious generation has stepped up to claim the crown. Once the domain of veterans, golf saw a youth revolution in 2014. In Slaying the Tiger, Shane Ryan introduces us to the volatile, colorful crop of heirs apparent who are storming the barricades of this traditionally old-fashioned sport. As the golf writer for Bill Simmons's Grantland, Shane Ryan is the perfect herald for the sport's new age. In Slaying the Tiger, he embeds himself for a season on the PGA Tour, where he finds the game far removed from the genteel rhythms of yesteryear. Instead, he discovers a group of mercurial talents driven to greatness by their fear of failure and their relentless perfectionism. From Augusta to Scotland, with an irreverent and energetic voice, Ryan documents every transcendent moment, every press tent tirade, and every controversy that made the 2014 Tour one of the most exciting and unpredictable in recent memory.
Sports & RecreationsNonfiction

Shane Ryan has written about golf, college basketball, and baseball for ESPN The Magazine, Golf Digest, Deadspin, and Grantland. He also writes about music, film, and TV for Paste Magazine. He grew up in Saranac Lake, New York, went to school at D...

More about Shane Ryan
Slaying the Tiger
Copy and paste the code into your website.
New here? Learn how to read digital books for free