ebook ∣ The Saga of the Submarine S-4 Disaster

By Joseph A. Williams 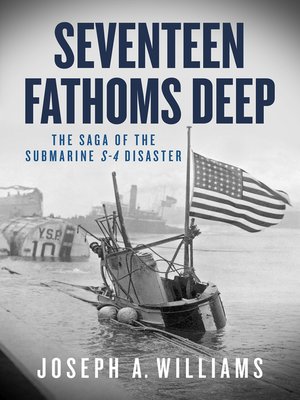 This is the first full-length history of the S-4 disaster, which was the first rescue attempt made of a modern submarine

The rescue divers could hear the crew tapping out a message in Morse code: "Is there any hope?" After being accidentally rammed by the Coast Guard destroyer USS Paulding on December 17, 1927, the USS S-4 submarine sank to the ocean floor off Cape Cod with all 40 crew members aboard. Only six sailors in the forward torpedo room survived the initial accident, trapped in the compartment with oxygen running out. Author and naval historian Joseph A. Williams has delved into never-revealed archival sources to tell the compelling narrative of the S-4 disaster. The book tells of the terrible diving conditions endured due to a raging winter storm; the heroic efforts of the rescue divers, including one diver who became trapped in the wreckage while trying to attach an air hose to the sunken sub. The lessons learned by the U.S. Navy improved submarine rescue technology, which resulted in subsequent successful rescues of other downed submariners.