True Letters from a Fictional Life 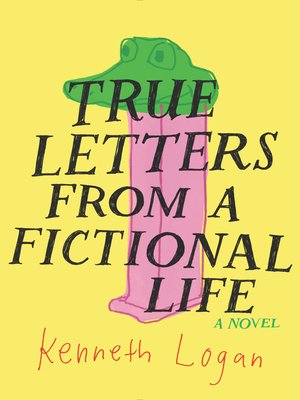 "Just the right touch of humor, mystery, drama, and romance should earn this a place on every teen bookshelf." —Kirkus (starred review)

This heartfelt debut novel from Kenneth Logan, reminiscent of Love Letters to the Dead and Simon vs. the Homo Sapiens Agenda, explores a muddy landscape of truth and lies and lays bare the sometimes painful but often hopeful work of writing one's own authentic story.

If you asked anyone in his small Vermont town, they'd tell you the facts: James Liddell, star athlete, decent student, and sort-of boyfriend to cute, peppy Theresa, is a happy, funny, carefree guy.

But whenever James sits down at his desk to write, he tells a different story. As he fills his drawers with letters to the people in his world—letters he never intends to send—he spills the truth: he's trying hard, but he just isn't into Theresa. It's his friend, a boy, who lingers in his thoughts.

James's secret letters are his safe space—but his truth can't stay hidden for long. Will he come clean to his parents, his teammates, and himself, or is he destined to live a life of fiction?