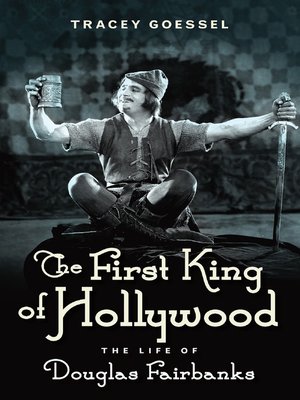 The First King of Hollywood

The Life of Douglas Fairbanks

Douglas Fairbanks was the greatest leading man of his generation—the first and the best of the swashbucklers. He made some of the greatest films of the silent era, including The Thief of Bagdad, Robin Hood, and The Mark of Zorro. With Charlie Chaplin, D. W. Griffith, and his wife, film star Mary Pickford, he founded United Artists. Pickford and Fairbanks ruled Hollywood as its first king and queen for a decade. Now a cache of newly discovered love letters from Fairbanks to Pickford form the centerpiece of the first truly definitive biography of Hollywood's first king, the original Robin Hood, the true Zorro, the man who did his own stunts, built his own studio, and formed a company that allowed artists to distribute their own wealth outside the studio system. Fairbanks was fun, witty, engaging, creative, athletic, and a force to be reckoned with. He shaped our idea of the Hollywood hero, and it has never been the same since. His story, like his movies, is full of passion, bravado, and romance.

Tracey Goessel is on the board of directors of the San Francisco Silent Film Festival and is the founder of the Los Angeles–based Film Preservation Society. She has published numerous articles on silent film history and has lectured widely on Doug...

More about Tracey Goessel
The First King of Hollywood
Copy and paste the code into your website.
New here? Learn how to read digital books for free