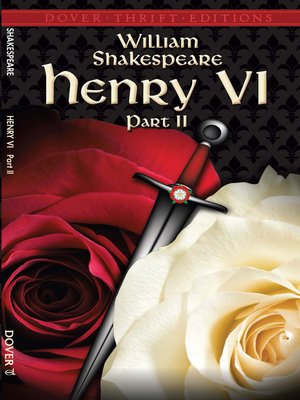 Literary CriticismNonfiction
Preferring a life of spiritual contemplation, Henry VI leaves politics to his nobles. The resulting power struggle pits the Houses of York and Lancaster against one another for control of the crown. Against a backdrop of violent rebellion, the play explores the relationship between law and justice and the extent of a ruler's authority.
The second of three plays based on the life of England's fifteenth-century monarch, this historical drama chronicles the conflicts behind the War of the Roses. Each part of the trilogy is self-contained and can be appreciated without knowledge of the others. Vivid characterization, dark comedy, and powerful language combine for a memorable portrait of a country devastated by civil war.
Literary CriticismNonfiction

Henry VI, Part II
Copy and paste the code into your website.
New here? Learn how to read digital books for free