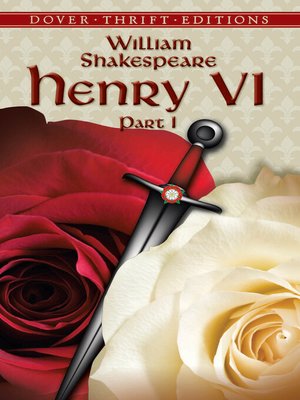 Literary CriticismNonfiction
With the untimely death of England's great soldier-king, Henry V, the crown passes to his young and inexperienced son. While the nobles quarrel among themselves and compete for influence over the new monarch, the French seize the opportunity to reclaim their former territories from English possession. The success of the French armies rests upon an unlikely leader: the peasant girl Joan La Pucelle, known to history as Joan of Arc.
The first of three plays based on the life of the England's 15th-century monarch, this historical drama chronicles the conflict between the York and Lancaster factions that led to the War of the Roses. Each part of the trilogy is self-contained and can be appreciated without knowledge of the others. Vivid characterization, dark comedy, and powerful language combine for a memorable portrait of a country devastated by civil war.
Literary CriticismNonfiction

Henry VI, Part I
Copy and paste the code into your website.
New here? Learn how to read digital books for free