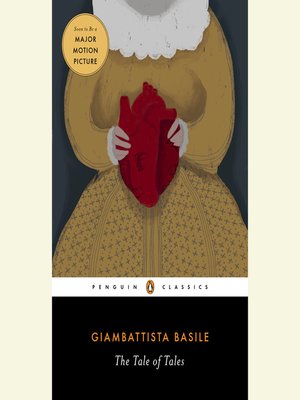 The Tale of Tales

Before the Brothers Grimm, before Charles Perrault, before Hans Christian Andersen, there was Giambattista Basile, a seventeenth-century poet from Naples, Italy, whom the Grimms credit with recording the first national collection of fairy tales. The Tale of Tales opens with Princess Zoza, unable to laugh no matter how funny the joke. Her father, the king, attempts to make her smile; instead he leaves her cursed, whereupon the prince she is destined to marry is snatched up by another woman. To expose this impostor and win back her rightful husband, Zoza contrives a storytelling extravaganza: fifty fairy tales to be told by ten sharp-tongued women (including Zoza in disguise) over five days.

Funny and scary, romantic and gruesome—and featuring a childless queen who devours the heart of a sea monster cooked by a virgin, and who then gives birth the very next day; a lecherous king aroused by the voice of a woman, whom he courts unaware of her physical grotesqueness; and a king who raises a flea to monstrous size on his own blood, sparking a contest in which an ogre vies with men for the hand of the king's daughter—The Tale of Tales is a fairy-tale treasure that prefigures Game of Thrones and other touchstones of worldwide fantasy literature.
Read by Dorothy Dillingham Blue, Paul Boehmer, Mark Bramhall, Cassandra Campbell, Will Damron, Susan Denaker, Kirby Heyborne, Hillary Huber, Ann Marie Lee, John Lee, Rebecca Lowman, Jorjeana Marie, Kathleen McInerney, Arthur Morey, Kirsten Potter, Fred Sanders, Tara Sands, Simon Vance, and Karen White.
Classic LiteratureFantasyFictionMythology

Giambattista Basile (1575–1632) was born near Naples, Italy, and was an accomplished poet, courtier, and feudal administrator. Today he is remembered for The Tale of Tales, the first integral collection of fairy tales published in Europe; it inclu...

The Tale of Tales
Copy and paste the code into your website.
New here? Learn how to read digital books for free