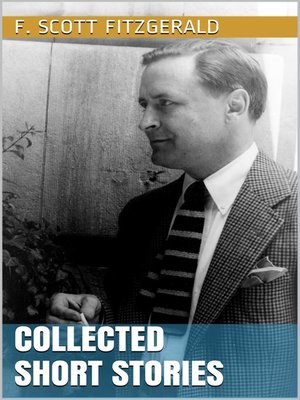 FictionLiterature
This edition contains 71 short stories of F. Scott Fitzgerald. Francis Scott Key Fitzgerald (September 24, 1896 – December 21, 1940) was an American author of novels and short stories, whose works are the paradigmatic writings of the Jazz Age. He is widely regarded as one of the greatest American writers of the 20th century. Fitzgerald is considered a member of the "Lost Generation" of the 1920s. He finished four novels: "This Side of Paradise", "The Beautiful and Damned", "The Great Gatsby" (his most famous), and "Tender Is the Night". A fifth, unfinished novel, "The Love of the Last Tycoon", was published posthumously. Fitzgerald also wrote many short stories that treat themes of youth and promise along with age and despair. Table of Contents: - Winter Dreams - Dice, Brassknuckles & Guitar - Gretchen's Forty Winks - Absolution - Rags Martin-Jones and the Pr-nce of W-les - The Sensible Thing - The Baby Party - Love in the Night - The Rich Boy - Jacob's Ladder - A Short Trip Home - The Bowl - Magnetism - The Scandal Detectives - A Night at the Fair - The Freshest Boy - He Thinks He's Wonderful - Outside the Cabinet-Maker's - The Captured Shadow - The Perfect Life - Forging Ahead - Basil and Cleopatra - The Last of the Belles - The Rough Crossing - Majesty - At Your Age - The Swimmers - Two Wrongs - First Blood - A Nice Quiet Place - The Bridal Party - A Woman with a Past - One Trip Abroad - The Hotel Child - Babylon Revisited - A New Leaf - Emotional Bankruptcy - A Freeze-Out - Six of One - Family in the Wind - What a Handsome Pair! - Crazy Sunday - One Interne - More Than Just a House - The Fiend - The Night at Chancellorsville - Afternoon of an Author - "I Didn't Get Over" - An Alcoholic Case - Financing Finnegan - Design in Plaster - The Lost Decade - Pat Hobby's Christmas Wish - A Man in the Way - "Boil Some Water – Lots of It" - Teamed with Genius - Pat Hobby and Orson Welles - Pat Hobby's Secret - Pat Hobby, Putative Father - The Homes of the Stars - Pat Hobby Does His Bit - Pat Hobby's Preview - No Harm Trying - A Patriotic Short - On the Trail of Pat Hobby - Fun in an Artist's Studio - Two Old-Timers - Mightier than the Sword - Pat Hobby's College Days - Three Hours Between Planes - News of Paris – Fifteen Years Ago
FictionLiterature

Collected Short Stories
Copy and paste the code into your website.
New here? Learn how to read digital books for free