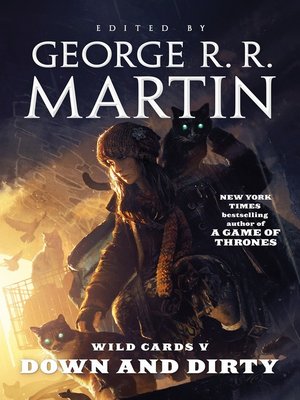 FantasyFictionScience FictionShort Stories
Let the secret history of the world be told-of the alien virus that struck Earth after World War II, and of the handful of the survivors who found they now possessed superhuman powers. Some were called Aces, endowed with powerful mental and physical prowess. The others were Jokers, tormented by bizarre mind or body disfigurements. Some served humanity. Others caused terror. And now, forty years later, as a gang war between the Shadow Fists and the mafia rages out of control in the streets of Jokertown, Aces and Jokers go underground—to wage their own war against the powers of the netherworld.
Here, in the fifth volume of the exciting series, ten of science fiction's most gifted writers take readers on a journey of wonder and excitement in an astounding alternate history.
Featuring the talents of John J. Miller, Roger Zelazny, Leanne C. Harper, Arthur Byron Cover, Melina C. Snodgrass, Edward Bryant, Stephen Leigh, Pat Cadigan, Walter Jon Williams, and George R. R. Martin.
FantasyFictionScience FictionShort Stories

George R. R. Martin is the #1 New York Times bestselling author of many novels, including the acclaimed series A Song of Ice and Fire—A Game of Thrones, A Clash of Kings, A Storm of Swords, A Feast for Crows, and A Dance with Dragons—as well as Tu...

More about George R. R. Martin
Down and Dirty
Copy and paste the code into your website.
New here? Learn how to read digital books for free