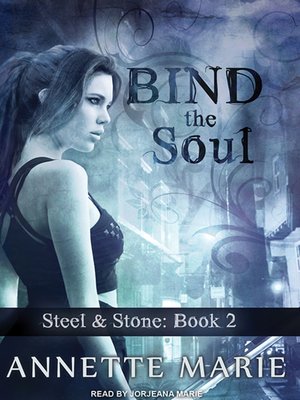 FantasyFictionLiterature
The most important rule for an Apprentice Consul is simple: Don't get involved with daemons. Well, Piper is planning to break that rule-big time. After a near-deadly scandal with the Sahar Stone, she has the chance to return to the only life she's ever wanted. All she has to do to keep her Apprenticeship is forget about Ash and Lyre. Ash might be enigmatic and notoriously lethal, and Lyre might be as sinfully irresistible as he is irritating, but they're not bad for a couple of daemons. There's just one problem: Ash is missing. Really, she shouldn't risk her future for him. He lied. He betrayed her. But he also saved her life, damn it. Wherever he is, he's in trouble, and if she doesn't save his sorry butt, who will? But with every dangerous secret she unravels, each one darker than the last, she slips deeper into Ash's world-a world with no escape for either of them.
FantasyFictionLiterature

More about Annette Marie
Bind the Soul
Copy and paste the code into your website.
New here? Learn how to read digital books for free