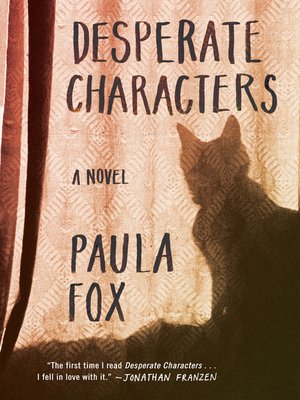 "A towering landmark of postwar Realism...A sustained work of prose so lucid and fine it seems less written than carved." —David Foster Wallace

Otto and Sophie Bentwood live in a changing neighborhood in Brooklyn. Their stainless-steel kitchen is newly installed, and their Mercedes is parked curbside. After Sophie is bitten on the hand while trying to feed a stray, perhaps rabies-infected cat, a series of small and ominous disasters begin to plague the Bentwoods' lives, revealing the fault lines and fractures in a marriage—and a society—wrenching itself apart.

First published in 1970 to wide acclaim, Desperate Characters stands as one of the most dazzling and rigorous examples of the storyteller's craft in postwar American literature — a novel that, according to Irving Howe, ranks with "Billy Budd, The Great Gatsby, Miss Lonelyhearts, and Seize the Day."