ebook ∣ Sex, Song, and the Struggle for the Soul of Memphis 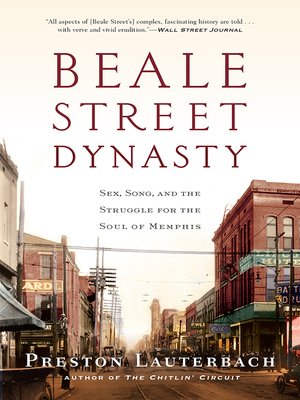 Between Reconstruction and Prohibition, Beale Street in Memphis thrived as a strip with a unique soul that reshaped American culture. Preston Lauterbach recounts the rise and fall of Beale Street through the life of the South's first black millionaire, an ex-slave who built an underworld dynasty in the booming river town and created a space for black culture to flourish. A thrilling narrative history, Beale Street Dynasty tells an intriguing, previously unknown story about race in an American city.