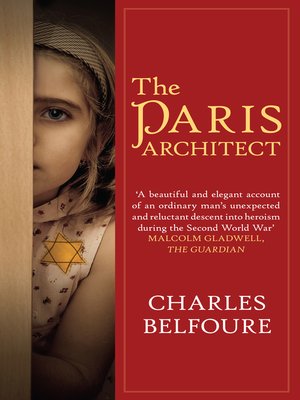 A beautiful and elegant account of an ordinary man's unexpected and reluctant descent into heroism during the Second World War.1942,Paris.Architect Lucien Bernard accepts a commission that will bring him huge wealth – and maybe a death sentence.He has to design a secret hiding place for a wealthy Jewish man, a space so invisible that even the most determined of Nazi soldiers won't discover it. When one of Lucien's designs fails horribly,the problem of hiding a Jew becomes person,and he can no longer deny the enormity of his project.What does he owe his fellow man,and how far will he go to make things right?