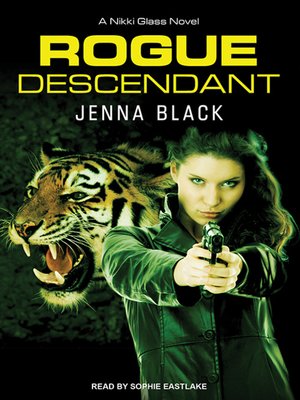 FantasyFictionLiterature
No longer the leader of the Olympians, Konstantin has now gone into hiding. Konstantin is vulnerable, and Anderson believes now is the perfect time to destroy his nemesis. He orders private eye Nikki Glass to use her powers to locate Konstantin, and she balks at the idea until a series of attacks leads her to believe that Konstantin is gunning for her and Anderson instead of remaining safely in hiding. Nikki's search is complicated by Cyrus-Konstantin's son and the new leader of the Olympians-who threatens retribution should his father be killed. The complications mount up as Nikki begins to suspect that Konstantin might not be behind the attacks after all. The only person who hates Konstantin more than Anderson does is Anderson's estranged wife, Emma, who has joined the Olympians. And Nikki knows Emma would be more than happy if Anderson and his people embroiled themselves in an all-out war against the Olympians-a war they cannot hope to win. As Nikki tries to figure out who the true enemy is, she deals with her tumultuous relationship with Jamaal, who struggles to control his death magic. But being loved by a descendant of a death goddess is the least of Nikki's worries.
FantasyFictionLiterature

Jenna Black is the author of the Morgan Kingsley, Exorcist series; the Guardians of the Night series; and the Faeriewalker Trilogy.

More about Jenna Black
Rogue Descendant
Copy and paste the code into your website.
New here? Learn how to read digital books for free