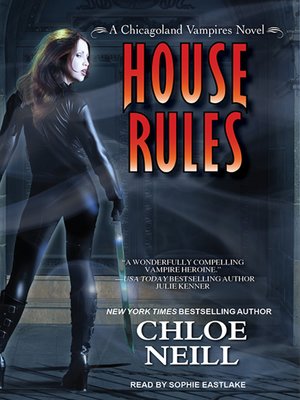 FantasyFictionLiteratureRomance
At the tender age of twenty-seven, Merit became a sword-wielding vampire. Since then, she's become the protector of her House, watched Chicago nearly burn to the ground, and seen her Master fall and rise. Now she'll see her mettle-and her metal-tested like never before. It started with two rogues vanishing without a trace. Someone is targeting Chicago's vampires, and anyone could be next. With their house in peril, Merit and her Master, the centuries-old Ethan Sullivan, must race to stop the disappearances. But as they untangle a web of secret alliances and ancient evils, they realize their foe is more familiar, and more powerful, than they could have ever imagined.
FantasyFictionLiteratureRomance

More about Chloe Neill
House Rules
Copy and paste the code into your website.
New here? Learn how to read digital books for free