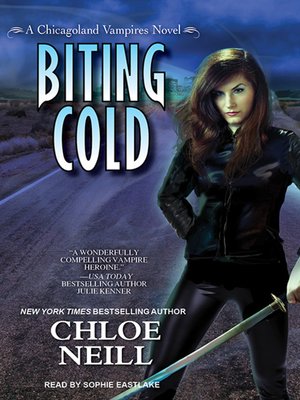 FantasyFictionRomance
Turned into a vampire against her will, twenty-eight-year-old Merit found her way into the dark circle of Chicago's vampire underground, where she learned there was more to supernaturals than met the eye-and more supernaturals than the public ever imagined. And not all the secrets she learned were for sharing-among humans or inhumans. Now Merit is on the hunt, charging across the stark American Midwest, tailing a rogue supernatural intent on stealing an ancient artifact that could unleash catastrophic evil on the world. But Merit is also the prey. An enemy of Chicagoland is hunting her, and he'll stop at nothing to get the book for himself. No mercy allowed.No rules apply. No lives spared. The race is on.
FantasyFictionRomance

More about Chloe Neill
Biting Cold
Copy and paste the code into your website.
New here? Learn how to read digital books for free